About the Latin Mass 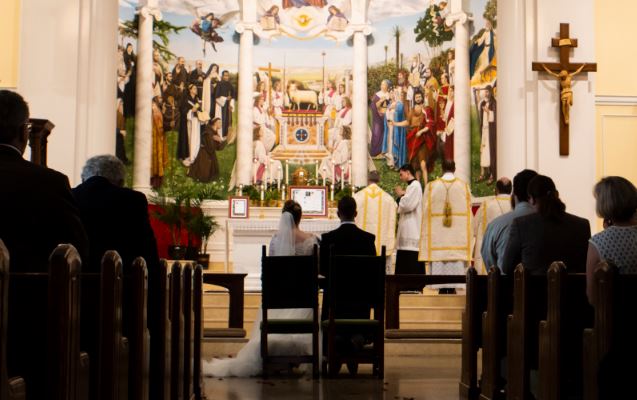 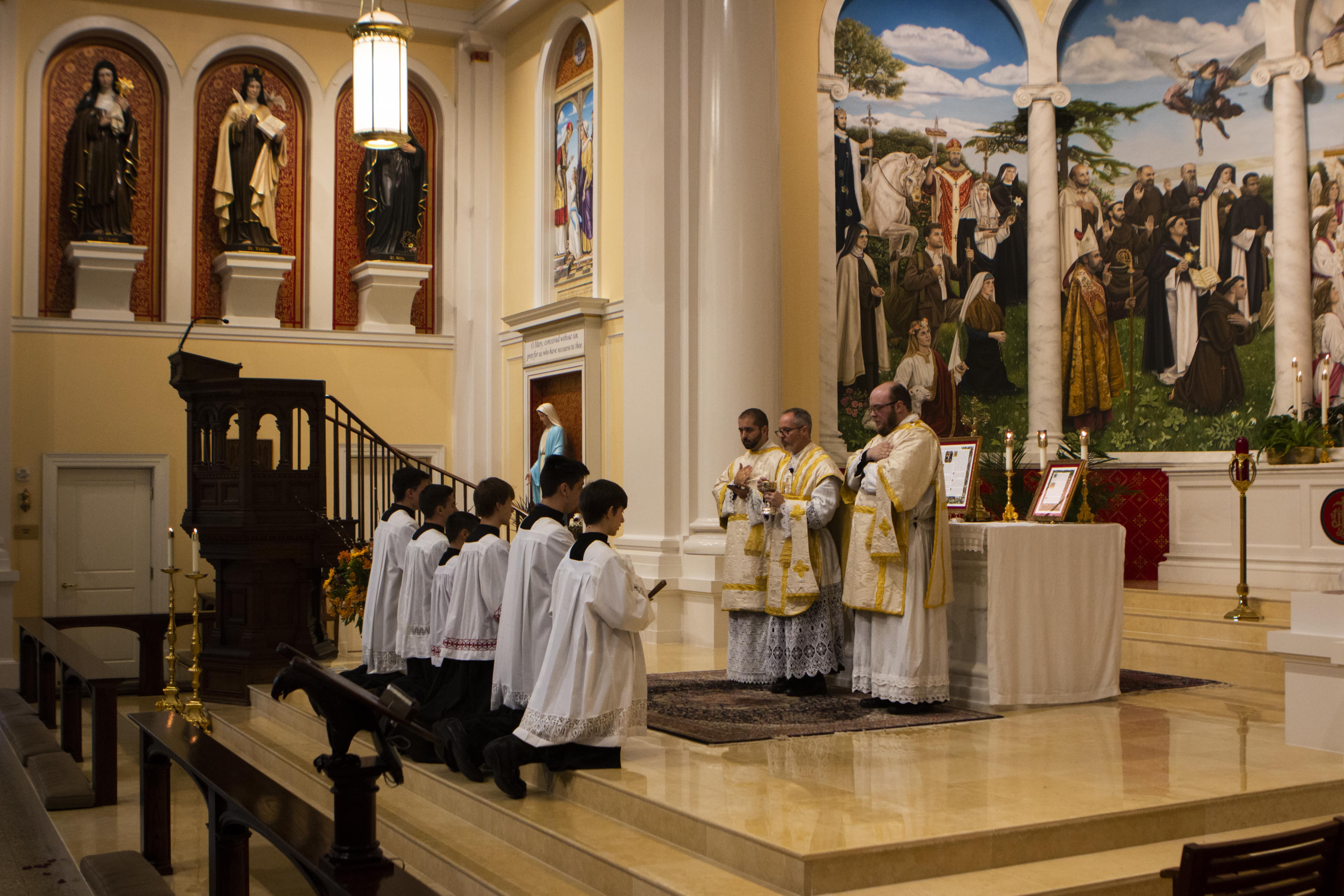 These are a scattershot collection of resources on and about the Latin Mass. They range from missals to books to blog posts to pamphlets. As a place to start, below is the text that I wrote to include in my wedding program. You are welcome to reuse it, if you show attribution:

What you will see today is a wedding service, followed by an older form of the Catholic mass that was universally celebrated until the Second Vatican Council. The key differences are the language, the order of events, and the music.

1. The language of the Mass is Latin, which to this day remains the official language of the Catholic Church. The use of Latin throughout the Church signifies her unity, a sign we think deeply appropriate for a nuptial Mass.

2. The exchange of vows is the first event to take place and is followed immediately by the Mass, so that the first act of the newly married couple is to participate in the uninterrupted Mass and to receive the Eucharist, the source and summit of our Faith.

3. The music is Gregorian chant, which the Church has always considered to be an especially appropriate form of music for the Mass. “In order that the faithful may more actively participate in divine worship, let them be made once more to sing the Gregorian Chant” (Pope Pius XI, On Divine Worship, 1928). Gregorian Chant traces its origin to the music of the ancient Temple; Our Lord sang His prayer in tones remarkably similar.

For this form of the nuptial mass, all of the texts have been set since the Council of Trent in the 16th century. Although the readings are not technically chosen by the bride and groom, they are delighted to participate in these older liturgical traditions. (Any comments about St. Paul’s reading on submissive wives will only be considered by the bride if they reference at least one patristic theologian, provide several reliable secondary sources, and consistently follow any preferred citation style. Invitations for debates over the drink of your choice may be sent out after the honeymoon.)

What we have chosen are the musical settings for the mass parts, and several motets and organ pieces. The Catholic Church has a beautiful, ancient, and diverse patrimony of sacred music, and we have done our best to adorn our wedding mass with the most appropriate blend of Gregorian chant and polyphony.

Introduction to the Latin Mass

Gueranger, Prosper. Explanation of the Prayers and Ceremonies of Holy Mass, 1885. https://sanctamissa.org/en/spirituality/explanation-of-the-prayers-and-ceremonies-gueranger.pdf