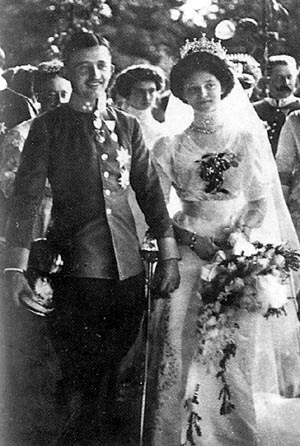 The wedding of Zita and Charles Habsburg, 21 October 1911

Married saints in the Church are far from numerous, and even fewer are venerated for what we might call a “normal” married life. Lists of married saints from the early Church, for example, feature primarily young women martyred, or husband and wife living chastely or entering a religious community. Attention to more kinds of married saints has increased more recently. The list below features a sample of married saints and holy men and women that will, hopefully, serve as models of sanctity.

Bogle, J., and J. Bogle. A Heart for Europe: The Lives of Emperor Charles and Empress Zita of Austria-Hungary. Gracewing Books. 1990.